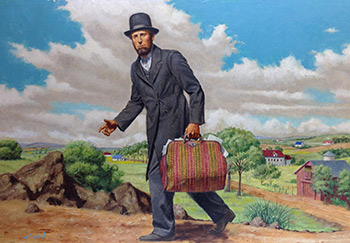 The Adventist publishing work began in 1849, with one person: James White.

A founding member of the Seventh-day Adventist church, James wore many hats, or would have if he could have afforded them. In a given day James was writer, editor, proofreader, binder, shipper, and business manager for The Present Truth, the church's first periodical.

Like every great undertaking, it began with a vision. James's wife, Ellen, came to him with a word from God. "You must begin to print a little paper," she said, "and send it out to the people. Let it be small at first; but as the people read, they will send you means with which to print, and it will be a success from the first." From this small beginning, she said, the work would become "like streams of light that went clear round the world."

To get that paper out, James often walked eight miles on a lame leg from his home in Rocky Hill, Connecticut, to a printer in Middletown. With the help of friends, he folded and addressed the product by hand at home. Then, packing a thousand papers into a carpetbag, he hiked to the Middletown post office.

In 1850 James launched The Advent Review, and soon combined his two magazines into The Advent Review and Sabbath Herald, which reviewed the prophecies of Christ's second coming and heralded the proclamation of the seventh-day Sabbath. (The magazine now enjoys a simpler title, The Adventist Review.)

In 1855 the Whites moved to Battle Creek, Michigan. There the Review and Herald Publishing Association grew and prospered—perhaps too well. As the company focused more and more on the bottom line, workers lost sight of their Christian principles. New visions came to Ellen White - this time of a sword of fire over Battle Creek.

She had warned the Review's managers to pay their workers fair wages, not skimming so much for themselves, and to pay authors their due royalties. Her warnings were ignored. The company now printed whatever people offered to pay them for, regardless of content. And though God had directed that the church spread its work throughout the whole world, power-hungry men desired to consolidate it all under one roof.

That all went up in smoke on December 30, 1902, when the Review's large offices burned to the ground. Leadership at last recognized it was time to decentralize and refine the work of the church. The Review moved to the—at that time—rural suburb of Takoma Park, Maryland.

Meanwhile, the White family hadn't finished making its mark on the publishing world. In the 1890s, son James Edson White piloted the riverboat Morning Star on the Mississippi and Yazoo Rivers. Through an onboard printing press he published a journal called The Gospel Herald, which encouraged and evangelized African-Americans in the South. 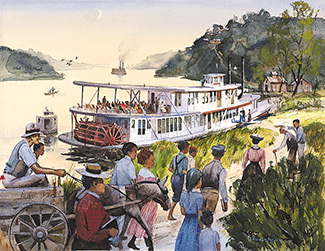 Moving to Nashville, he set his press up in a former barn chicken house. In 1901 the Gospel Herald Publishing Company became the Southern Publishing Association. The Gospel Herald magazine led the way to two great magazines, These Times, and the award-winning Message magazine, which is still published today.

Southern Publishing struggled in its early days, and church leaders debated whether to keep it open. Presented with the facts and figures, Ellen White agreed that it might be best to close it down. Within 24 hours she'd reversed her position. God had shown her that the South should have its own publishing house, and that it would prosper. The ensuing decades proved the accuracy of her prediction. 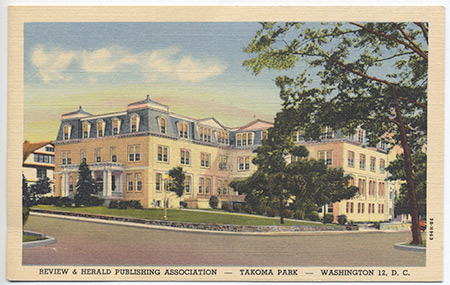 In 150 years the Review and Herald and Southern Publishing printed millions of books and magazines. Adventist Book Centers brought products to people and families around North America. Best-sellers like Project Sunlight and magazines like Guide, Insight, and Life and Health, now called Vibrant Life, inspired millions in their Christian walk. Literature evangelists knocked on countless doors, and bookmobiles brought products to every corner of the country.

The Review had a real hit on its hands with perhaps its most famous product ever: the 10-volume Bible Story series for children. Written by Arthur Maxwell, it featured 1,200 full-color illustrations, and heralded a new era of quality in Christian products. 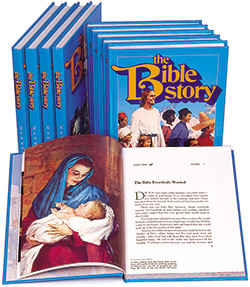 In 1980 the Southern Publishing Association merged with the Review and Herald. The combined organiztion moved to Hagerstown, Maryland in 1983. 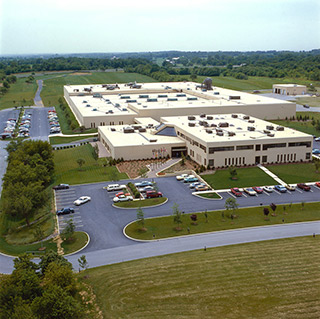 It's ministry touched all parts of the world: Bibles were printed for Romania, magazines for Russia, health brochures for Africa, and much more.

Today the Review no longer runs the machinery of printing presses, but it continues on at the church's headquarters in Silver Spring, Maryland. It produces Bible study guides that are read in all parts of the globe on a Sabbath morning. It also produces the Adventist World, a magazine distributed to millions of Adventists every month in dozens of countries. It is amazing to see Ellen White's vision come true as the Adventist message encircles the world every day like streams of light.

We use cookies to personalize content and ads, to provide social media features, and to analyze our traffic. We also share information about your use of our site with our social media, advertising, and analytics partners.